Everything you need to get started shearing your own herd! And maybe others.
Enough to shear a herd of 20 alpacas 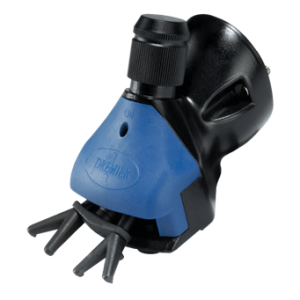 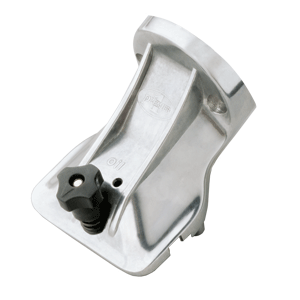 Tips From The Pro

How do I minimize shearing cuts? (click to see answer)

While a nick or two is normal and acceptable over the course of a day’s work, responsible shearers should strive to minimize skin cuts. There are several ways to accomplish this. I’ll speak in general at first then get specific on species.

How often should I oil my shears?(click to see answer)

The goal is to provide adequate lubricant to keep things moving along (literally) but not so much as to be wasteful or incur fiber contamination. One should always obey manufacturer’s recommendations in literature provided with purchase of shearing equipment. Generally for most brands of hand-held electric hand pieces, this involves lubricating bearing surfaces in the shearing head of the machine. Oil ports vary in number and location but as a rule require several drops of lube every half hour or so of operation. If we’re shearing 4 alpaca an hour, a couple of squirts after every two.

Oiling the blades themselves should be done at least at every cutter change. While oiling the combs and cutters does provide a cooling effect, blade heating is not a symptom of inadequate lubrication. The comb and cutter should be thought of as multiple sets of scissors and oil is not necessary for proper cutting. Too much tension, running while holding them out in the air, and contamination (dirt) in the fleece are the real culprits of heat build up. Excessive oiling of the blades result in fiber stains and a real mess on the shearing floor. Learning shearers will experience gear heating more than professionals and be tempted to oil more often. Alternating hand pieces, frequent blade changes, keeping the shears busy cutting off fiber and keeping air inlet screens clean are better options than continued oiling. Beginner shearers should strive to oil less frequently as experience is gained and speed of shearing increases. If hand piece heating is a problem, better to cool the comb by resting it on a damp towel or sponge.

Most shearing equipment manufacturers also provide oils suited to their machines. While a quart of “Wal-mart 10W30” can be used, a lighter clipping oil is better. Spray lubricants should be avoided.

How can I reduce second cuts?(click to see answer)

Good shearing can be broken down into about four principles.

Shearing with a minimum of second cuts involves all four, but particularly number 2 & 3. In order to shear clean we must keep the comb teeth on the skin. Supple wrist action is a must. A shearer needs to twist the shears sideways to keep the bottom (right most tooth) on the skin as we follow the curves of the animal while also bending the wrist to begin and end each blow on the skin. Second cuts occur then we allow the comb to come up off the skin, then go back and clean the area up OR overlap on the next blow. Filling the comb (using all the width) prevents this overlap. This is particularly important when using today’s wider concave flared combs.

Having the shape or contour of whatever animal we’re shearing memorized as well as knowing the order in which we’re going to approach those contours (pattern) gives us a great advantage in keeping those comb teeth on the skin. For example: When I shear an alpaca, I know, without a doubt that on the fifth stroke from the start in position one, I’m going to cross over the alpacas spine and shear on the far side of the backbone. When I put this blow in, I have to twist my wrist to keep the bottom tooth down. Because I’m able to anticipate this, I can prevent a second cut in the middle of a clients show fleece.

Have a question? Ask Matt!

Just a few weeks ago I took a course on sheep shearing to be able to do my own small flock of eight Shetland sheep. While I was successful during the course, when I went to actually shear yesterday it was very frustrating (to say the very least) and I ended up stopping after two sheep. The shears were not doing what I knew they were supposed to do. I was very upset and frustrated and considered basically saying, never mind, I’ll have someone come do it.

After calming down and doing some research I came across your YouTube video on tension. There is NO doubt in my mind now that that was the problem. I even noticed the balled up wool under the blade when I took them off to clean them yesterday and thought to myself, huh, I don’t think that’s supposed to be there.

I don’t mean to sound dramatic, but you have completely given me my confidence back and I know that when I go to shear again this weekend, it will be a completely different ballgame. I just wanted to drop you a line to thank you.

I will always be grateful and (while I don’t have alpaca personally), I will be sending everyone I possible to your website.

Seriously…. you have no idea. Thank you so much.
~Erika

Premier’s Shears vs. Others

While developing our machines, we conducted evaluations of the machines available. We noted “hard” data like length; weight; grip; blade/cutter cycle speed under varying resistances; and cost. We also paid attention to subjective points—balance; feel; sound; heating of head and motor; ease of installation of blades/combs/cutters. And we compared how they actually cut wool and hair. Remember that no unit (including our own) is perfect. All have strengths and weaknesses. Regarding the speed results: The normal “load” while actually clipping hair, wool or mohair will besomewhere between the middle & high. Our “zero load” setting was at less than normal blade or cutter tension. Expect your results to vary from these in response to: voltage differences (from 105v – 125v); variations between individual units; measuring instrument variations. Differences of less than 5% are not significant. Our lab results were similar to our in-field observations. We were better able to compare Lister and Premier clippers because a common set of blades, spring and tension system could be used—enabling a common test protocol.

Some valuable tips on Shearers:

Some tips for cria shearing:

A couple of tips for reducing the chance of the dam rejecting the cria: